A homicide detective discovers he is a descendant of hunters who fight supernatural forces. 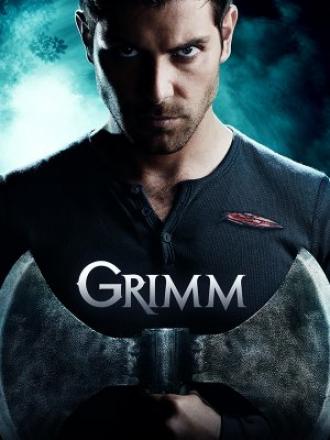 Grimm is another TV series that I'm hooked. Every episode is full of adventures, some drama and thrills. It's a story about Nick Burkhardt,  a Detective from Portland Police Department when he discovered his special ability to see wesen or other creatures. Later he found out his ancestors were Grimm who hunted  those creatures.  Nick's friends and frienemies added fun, humor and color to the story. I find exciting as well to learn about new wesen and other supernaturals introduced to the show. For more information about the show, please visit the wikipedia about Grimm.

Wesen (pronunciation: VAY-zin, Grimm: VES-sin; Germ. "a being", here "creature"; Spanish: espiritu bestia "spirit beast") is a collective term used to describe the creatures visible to the Grimms. They are the basis not only of the fairy tales that the Brothers Grimm have compiled, but also of the many legends and folklore from many cultures (i.e. Anubis, Aswang, Blutbad, Dämonfeuer, and Wendigo).  Source: http://grimm.wikia.com/wiki/Wesen